The ambient light rejection projector screen is ideal for bright environments with Ultra-Short-Throw-Projectors. Featuring an active high-contrast filter, the screen reflects the projected image while effectively absorbing ambient light (undesirable light from other sources). The result is vivid, sharp pictures with up to 10 times the contrast and double the brightness of conventional front projection screen images. 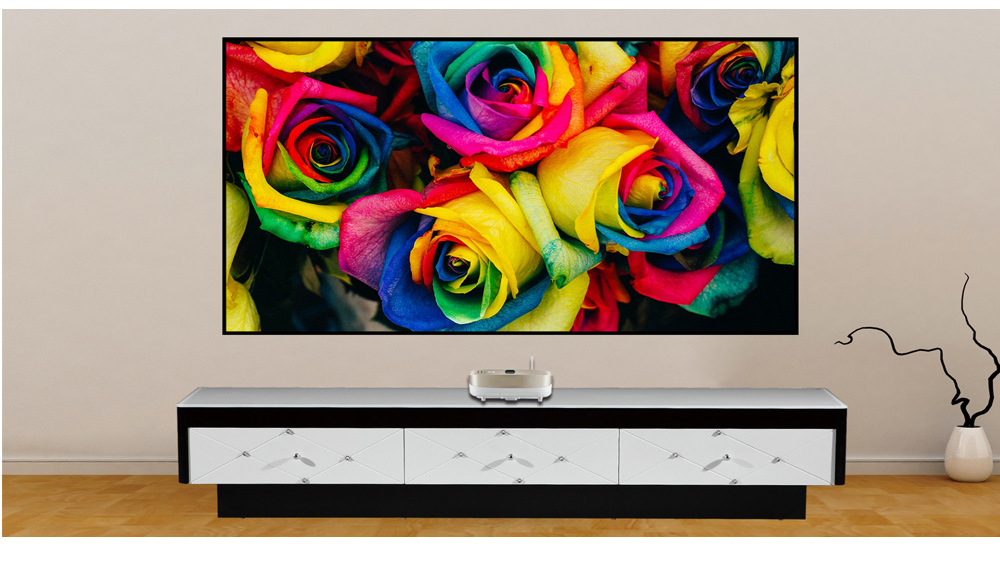 • Best-in-class performance with Ultra-Short-Throw-Projectors
• No construction required
• Front projection in brightly - lit environments.
• Up to 10 times the contrast of conventional front screens
• Up to 170 degree viewing
• Hangs like a picture frame

• Compatible with a wide range of UST projectors 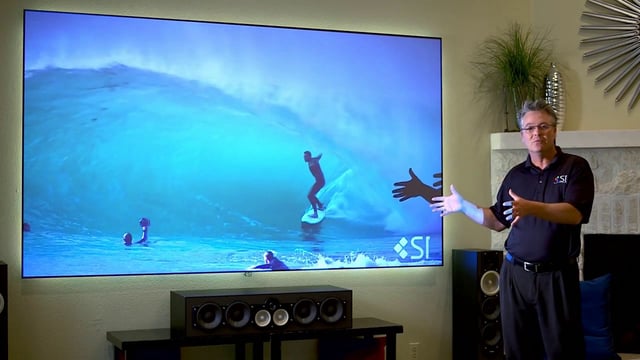 Adopted with ultra-narrow frame(1cm), which makes the screen flat as a TV and looks upscale-luxury

The anti-light projection screen does not only reject ambient light, but also retains the real color and resolution even in the strong light like a TV works.

Special material surface treatment by using the theory of diffusing reflection of the light, surface is flat and clean, can absorb light effectively, and restore the real color

Compared with traditional projection screen, the lightness of the screen is 2 to 3 times than traditional ones during light on. In the meantime, it can eliminate 90% of stray light. So, even with the light on, the projection image is still clear and colorful. 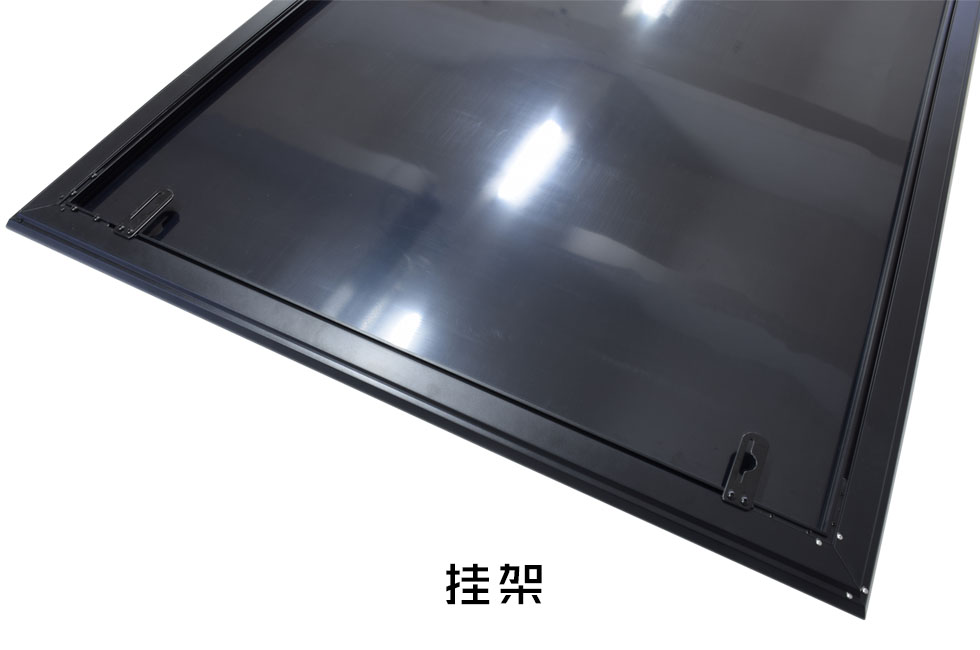